Vaccines have proven effective in preventing diseases caused by viruses and bacteria. Since the first vaccine was developed more than 200 years ago, they have prevented some of the twentieth century’s deadliest diseases and have helped save hundreds of millions of lives globally. 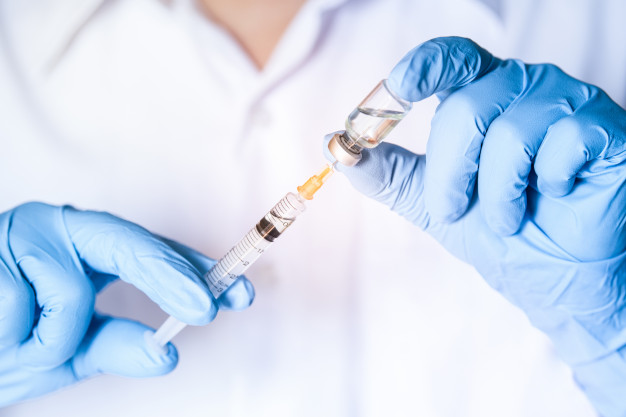 In the case of diseases caused by viruses (e.g., measles, polio, and smallpox) and bacteria (e.g., diphtheria, tetanus, and tuberculosis), vaccines work by exposing people to a weakened or inactivated version of the threat. This enables their immune system to identify these threats according to their specific markers—known as “antigens”—and mount a response against them. These vaccines typically work best in the preventive setting, when an individual is given the vaccine before being infected by the bacteria or virus.

Most cancer vaccines work the same way, but they make the person’s immune system attack cancer cells. The goal is to help treat cancer or to help keep it from coming back after other treatments. But there are also some vaccines that may actually help prevent certain cancers.

However, the situation is more complicated for several reasons (more below) and this has made it more difficult to develop vaccines to either prevent or treat cancer. In particular, unlike bacteria and viruses, which appear foreign to our immune system, cancer cells more closely resemble our normal, healthy cells. Furthermore, each individual’s tumor is in some sense unique and has its own distinguishing antigens. As a result, more sophisticated approaches are necessary to develop effective cancer vaccines.

Cancer vaccines can be divided into the following categories:

Viral infections are responsible for the development of several cancers and preventive vaccines play an important role in reducing risk. For instance, cervical cancer and head and neck cancer can be caused by human papilloma virus, or HPV, whereas liver cancer can be caused by hepatitis B virus or HBV. Several vaccines have been developed that can prevent HBV and HPV infection and, as a result, protect against the formation of HBV- and HPV-related cancers. Four of these preventive cancer vaccines have been approved by the U.S. Food and Drug Administration (FDA).Human papillomavirus (HPV) vaccine: The U.S. Food and Drug Administration has approved several vaccines to prevent HPV infection, which target high-risk HPV strains responsible for nearly all cervical cancers and linked to some throat, anal and other cancers.

Each individual’s tumor is in some sense unique and has its own distinguishing antigens. As a result, more sophisticated cancer vaccine approaches are necessary.

Fortunately, tools now exist that enable doctors to identify targets on patients’ tumors that can help distinguish cancer cells from their normal cells. Sometimes these targets are normal proteins that are produced at abnormally high levels by cancer cells, such as prostatic acid phosphatase (PAP) that is often overexpressed by prostate cancer cells. Taking advantage of that insight, the sipuleucel-T vaccine was developed and was approved by the FDA in 2010 for the treatment of patients with advanced prostate cancer. Virus-derived proteins expressed by virus-infected cancer cells offer another promising source of markers that can be targeted through vaccines.

Another exception is Bacillus Calmette-Guérin, or BCG, a tuberculosis vaccine that acts as a general immune stimulant. In 1990, BCG became the first immunotherapy of any type to be approved by the FDA and is still used for the treatment of early-stage bladder cancer.

In contrast to normal-yet-overexpressed proteins like PAP, tumors also display unique targets that arise as a result of mutations. These are referred to as neoantigens (“new antigens”) and they are expressed exclusively by tumor cells and not by any of a patient’s healthy cells. With neoantigen vaccines, therefore, it is conceivable that immune responses could be directed precisely against patients’ tumor cells while sparing their healthy cells from immune attack, thus possibly preventing side effects.

In addition to the previously mentioned vaccines, several types of neoantigen vaccines are currently being evaluated, both alone and in combination with other treatments, in a variety of cancer types in clinical trials.

Side Effects of Cancer Vaccines

Side effects can vary according to the type of cancer vaccine—and what exactly it targets—and can also be influenced by the location and type of cancer as well as a patient’s overall health. With current cancer vaccines, sometimes these can cause the immune system to target healthy cells that also express those same target proteins, which can cause off-target side effects. Patients should consult their care team to gain a better and fuller understanding of the potential risks and side effects associated with specific cancer vaccines.

The side effects most commonly associated with currently approved cancer vaccines are:

What Our Clients Say

The number of interested candidates that want to join Tranquil is completely different than other CROs because of the way they value their employees.

The quality that Karim Mohammed, CEO and his company put in our project is something we have not experience by any other CRO.

Quality Delivery of service every time.

Aj O. Senior CRA is the best CRA our site has ever had as a monitor.

Find out how our research experts can help with your next study or program.