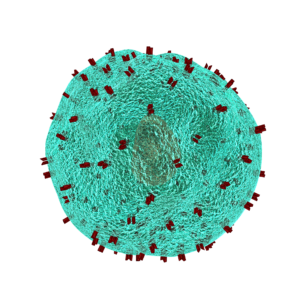 The steps following CAR T Cell Production are below:

Safety strategies to overcome the toxicity of CAR T-cells

Cancer is among the major causes of death all over the globe. Scientists and physicians worked hard in the past few years with the conventional cytotoxic approach for the various neoplastic diseases. However, the effectiveness was limited due to the heterogeneity of cancer cells. A new and improved way following therapeutic approach such as immunotherapy has been developed which increases the quality of the immune system of the cancer patient from ordinary. Immunotherapy works on the concept of antibodies, and immune cells can kill and recognize the cancer cells.

Chimeric Antigen Receptor (CAR) T-cell therapy is a kind of immunotherapy which includes the genetic modification of the autologous T-cells of the patient as a part of the natural immune system to give strength against cancer. A sample of the blood is taken from the patient’s blood by the process of apheresis and T cells (a type of immune cell) are extracted to modify the special structures by binding onto the harmful cancerous cells to kill them. A large number of CAR-T cells are produced and multiplied in the labs. The modified cells are then artificially infused within the bloodstream of the patient at the time of treatment. The cells will later multiply in number within the bloodstream and will recognize and attack the cells having the targeted antigen on their surface. The CAR-T cells can effectively eradicate nearly all the cancer cells and may even remain inside the patient’s body for months after the infusion has been done. CAR-T therapy has shown long-term remissions for different types of blood cancer. CAR-T therapy is officially FDA approved as a standard of care. It is ideal for treating acute lymphocytic leukemia in young adults and kids and with some forms of refractory, aggressive non-Hodgkin lymphoma. It is also recommended for the patients with refractory or relapsed acute lymphoblastic leukemia up to the age of 25. Several trials of CAR-T cell therapy are also in progress for the various forms of blood cancer Stem cell transplants, and chemotherapy is mainly the first preference for the treatment of cancer. If the respective treatments are not showing any effective results or cancer relapses even after treatment, then CAR-T therapy is the preference. CAR-T cell therapy is also considered as the last stage of the cancer treatment for many people. The therapy can only be conducted at a few special cancer centers because sometimes it can cause some side effects and fatal outcomes.

A special machine is set up to collect the T-cells from the blood. The following process is called leukapheresis. There will be two intravenous (IV) lines in the veins of arms. One intravenous sends the blood from the body to the machine, and the other one returns the blood in your body. During the final process, the patient can do a calm activity such as listening to music, read books, and much more. The process can even take a few hours so the patient can relax as it is not painful as well.

After the collection of the cells, the cells are taken to the laboratory where the new genes are added to them. The addition of the genes sprouts special proteins on the surface of the cells. The following CARs or Chimeric Antigen Receptors helps the T cells to find and stick on the antigens present on tumor cells. The following process can take a few weeks for the budding of these new cells called CAR-T cells. The time may vary from person to person.

When the changes in the T-cells in the laboratory are taking place, the doctors tend to give a low dosage of chemo for a few days to cut back on the immune cells of the body. This process is called lymphodepleting chemotherapy. The low dosage of chemo helps to pave the way for the CAR-T cells to enter the bloodstream and do their job with widespread ease.

It usually takes around 2-3 months to recover from CAR-T cell therapy. The therapy may have various side effects, so it is advised to stay near the treatment center for at least 30 days in order to stay safe. A full-time caretaker is also assigned to the patient to deal with sudden complications and problems. The patients usually feel tired and have less appetite in the recovery process.

Side Effects of CAR-T cell therapy

Mainly all the following side effects can be cured or managed by medicines without the need for special treatment. The care team will guide through the management of the side effects related to the body of the patient.

CAR-T cell therapy is considered as one of the most effective steps to cure cancer. It has over 80% success rate on the patients who were part of the therapy. It was observed that either the patients would either fully cured or a partial response (reduction of the cancer cells in the body). It is usually advised to perform the therapy after a few months for the long-term effects. The data for the effectiveness and time durations are to be collected and observed to bring improvements to the therapy.

What Our Clients Say

The number of interested candidates that want to join Tranquil is completely different than other CROs because of the way they value their employees.

The quality that Karim Mohammed, CEO and his company put in our project is something we have not experience by any other CRO.

Quality Delivery of service every time.

Aj O. Senior CRA is the best CRA our site has ever had as a monitor.

Find out how our research experts can help with your next study or program.